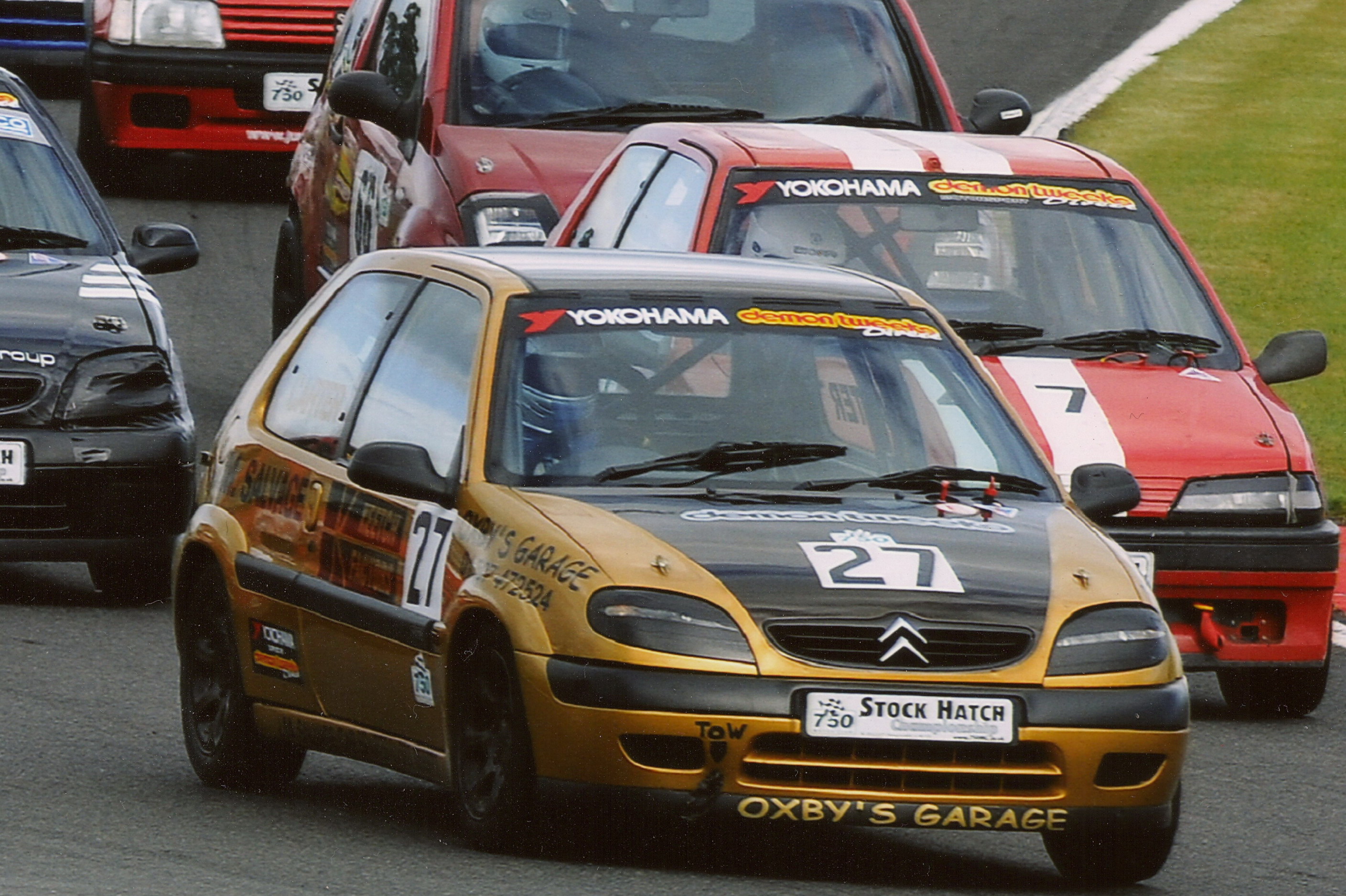 The Stock Hatch championship is a budget formula for "Hot Hatch" cars. It quickly grew in popularity, to become the most popular car racing series, in terms of competitor numbers, in the U.K. It has been the norm for entries to exceed 60, and not unusual to have more than 80 in the class,  heats have  usually been needed to see who would qualify for the final!

We began helping Nick Carter with his preparation. when he began competing with a Fiesta, over 10 years ago. This developed as the racing became more serious, firstly with Corsas and finally with a Citroen Saxo Vtr, the car to beat in Stock Hatch.

It has been a great way to prove the quality of our work, particularly the engine building and chassis set up, which are the most important aspects of Stock Hatch preparation.